Ahead of the Announcement of BI Reference Interest, RI's Bond Prices Are Depressed 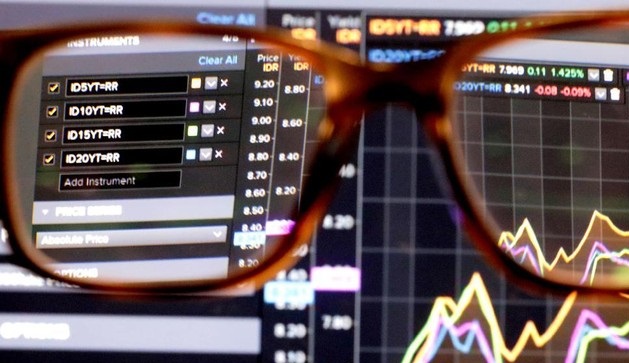 The prices of the majority of government bonds or Government Securities ( SBN ) closed lower again on Wednesday (20/7/2022), ahead of the announcement of the results of the latest Bank Indonesia (BI) monetary policy meeting.

The majority of investors returned to releasing SBN today, marked by rising yields in almost all tenors. Only long-term government bonds, namely 25 and 30 years, are still being hunted by investors, marked by falling yields and rising prices.

Meanwhile, the yield on 10-year SBN, which is the state's benchmark SBN, strengthened by 5 bp to 7.465% in today's trading.

Yield is in the opposite direction of price, so an increase in yield indicates a weakening bond price, and vice versa. The unit of measurement of a basis point is equal to 1/100 of 1%.


Investors who tend to hunt for long-term SBN, indicated by lower yields , indicate that investors tend to be pessimistic about global economic growth, where they are still worried that the global recession will reoccur.

On the other hand, market participants in SBN also tend to wait and see ahead of the announcement of the results of the Bank Indonesia (BI) Board of Governors' Meeting on Thursday tomorrow.

Governor Perry Warjiyo and colleagues held an RDG from today to Thursday tomorrow. The market consensus compiled by CNBC Indonesia is equally divided between those who expect an increase and those who maintain the benchmark interest rate.

Of the 14 institutions involved in forming the consensus, seven project that BI will raise the benchmark interest rate by 25 bp to 3.75% this month. Meanwhile, seven others estimate that BI will maintain the BI 7-DRR at 3.5%.

If BI raises interest rates, it will be the first time in more than 3.5 years.

Meanwhile from the United States (US), the yield on government bonds (US Treasuries) tends to be sloping today, although the 2-year Treasury and the 10-year Treasury are still experiencing yield inversion .

Yield inversion occurs when the yield on short-term government bonds is higher than the yield on long-term bonds. This is often signaled by market participants as a signal that a recession is imminent.

The market is trying to gauge whether the US central bank (Federal Reserve / The Fed) will raise interest rates by 75 bp or more aggressively by 100 bp at its policy meeting next week to control inflation that is still rising.